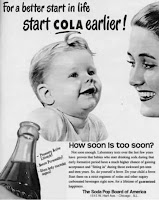 I am caught between a grin and a cringe as I type this: Jade turned 1 on May 16th. ONE!!! My baby girl is a year old. *sniff sniff* And all this time I thought the expression "time flies" was a tired old cliche. Turns out it's shockingly true.

My doctor warned me not to give her any egg whites before she'd had her last set of shots, which are scheduled for May 20th, in order to avoid an allergic reaction. Which meant that for Jade's birthday treat, I had to come up with an eggless cake recipe that didn't taste like sawdust and wouldn't draw the scorn of my brother-in-law.

I didn't realize what a challenge it would be to have an anti-refined sugar/food philosophy when raising baby Jade. I mean, there is freaking refined sugar in EVERYTHING, from a humble loaf of bread to so-called "healthy" baby food. I've always been one of those annoying, obsessive label-readers, but it comes in handy when you're trying not to stuff your kid full of sugar and crap before her first birthday.

It's not that I'm anti-sugar. Believe me, I lurrrrve a good chockie cake, a fizzy glass of coke, velvety ice cream or as many cookies as I can cram down my gullet. I'm just anti-sugar for wee kiddies with developing palates. I figure she's got a whole lifetime to eat crap, so why not feed her the good stuff before she a) knows the difference and b) gets vocally proficient enough to complain?

A few of my in-laws routinely accuse me (semi-jokingly) of being a "mean mommy" when we're over there for meals. My hubby's neice is a year older than Jady and eats whatever she wants on holidays and special occasions, which is mainly cake, ice cream and chocolate. Which is completely fine...for her. I'm not into the whole "your parenting skills are wrong and mine are right" judging extravaganza. But it doesn't mean my girl needs to eat Jell-O at six months, ice cream at eight months or cheap Easter chocolate before she's a year old.

So I quietly feed her broccoli, meat, tofu, salmon, Greek yogurt, beans, avocado and the like while my in-laws and various friends tsk tsk and say, "Pooooor Jade." Sometimes it gets tiring, but I've learned to trust my instincts and go with what feels right for us, mean mummy comments be damned. She's a pretty good little eater, and that's all the incentive I need to keep feeding her healthy stuff with minimal sugary snacks.

I hunted up a vegan mango cupcake recipe for Jady's first birthday treat, since mango is her all-time favourite fruit, and I whipped up a pretty tasty buttercream icing to go on top so no one who tasted them would gag. I think they turned out pretty well, although they were heavy little suckers on account of no egg. I figured I could throw them at anyone who made one "mean mummy" comment too many! 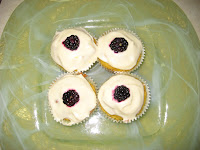 And she seemed to enjoy them, which is all that really counts. Happy birthday, Jady Lady! May you live a long and healthy life and enjoy all the good things...sugary or not. 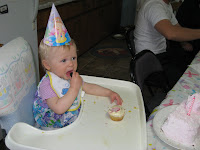 Does this baby make me look fat? 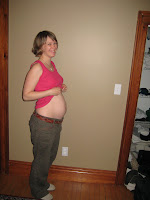 The rumours are true: Baby Lowry, version 2.0, is due to arrive on September 22nd 2010! Place your bets now - we're not finding out the flavour (boy/girl) ahead of time.

And yes, I've heard it all: I'm crazy, I'm brave, I'm gonna be soooo busy, I'm nuts, say goodbye to sleep for another year... Believe me, I'm aware of the drawbacks. But I have one in diapers, so why not two? We've got all the baby gear already. We have a big ol' house. I qualify for a second mat leave. We're not getting any younger. And we have open hearts waiting to welcome another wee one into our lives. So I say...bring him/her on!

I've also heard that babies born close together develop an excellent sibling bond, so I'm hoping Jady Lady and her new brother or sister are good pals for life. My biggest worry? Finding another name as cool as Jade's for the new sprog. Suggestions are welcome!
Posted by Kimber at 12:10 4 comments:

Okay. 'nuff said about all the nastiness of a country spring. Wanna know the truest sign of my favourite season? When the rhubarb patch is finally high enough to yank out enough stalks to make the first rhubarb cake of the year.

As I've mentioned before, I'm not a baker. But rhubarb cake is the one thing that I can make and it never goes wrong. EVER. And the bonus is that both D and his brother are mad for it! Whoo hoo!

I can't remember where I got my tiny printed recipe from, but Mom used to make a rhubarb cake that was very similar, only she called hers "lava cake" because when it was done, the top looked like crusted over lava, and the inside was always moist and hot. I bless the person who printed that recipe for me though - it's my no-fail dessert, and I make about two a month until the rhubarb goes to seed.

The trick is to have nice crisp rhubarb that's not woody or too old. The stalks have to be juicy too; none of that hollow grocery store crap! Find a neighbour with an overgrown patch or a Mennonite roadside stand and you'll have exactly what you need. All it takes is about 6 good stalks to make one cake. Even if you don't really care for rhubarb, this baby strikes the perfect balance of sweet and tart. And - oh bliss - eat it warm with some vanilla ice cream on the side, and you'll never go back to plain old coffe cake again.

D is sick with a cold, but he stoically mounted the lawn tractor tonight to finish off the lawn before the next deluge, so I thought the poor man deserved to come in to the rich, brown-sugary smell of his favourite cake. Not to mention the lovin' arms of his favourite wife.

1. Preheat oven to 350. Grease and flour a 9x13 pan.
2. Mix flour, soda and salt together in a small bowl & set aside.
3. Cream butter and sugar together until fluffy. Add egg and milk and mix well.
4. Add flour mix gradually to butter mixture until blended.
5. Stir in vanilla and rhubarb.
6. Pour into pan. Sprinkle with sugar and cinnamon if desired.
7. Bake at 350 for 40 minutes. Cool in pan on rack (but make sure you try some when it's still a bit warm!)
Posted by Kimber at 20:12 2 comments: